Can one construct a Geometric Algebra to track a polarization state and modifications to said state with more convenience than existing formalisms like formalisms like Stokes vectors and Müller matrices or coherency matrices?

The Stokes formalism has the hassle that one has to represent the state along a path(a Stokes Vector) and modifications(Müller matrices) to said state separately, On the other hand coherency matrices treat the state and modifications both with 2x2 matrices with complex valued elements where the hassle instead comes from the complex numbers and greater difficulty extracting radiance of the path (i.e. taking the trace of the matrix).

Furthermore in both formalisms one has to align reference frames between incoming and outgoing for the state modifications to be physically valid, usually done with rotation matrices.

As has been explained in the GA SIGGRAPH 2019 talk, matrices are considered a less elegant way than Geometric Product to do rotations and translations.

For more details on polarization in renderers see:
Polarised light in computer graphics,
Bidirectional Rendering of Polarized Light Transport,
How to write a polarisation ray tracer

Very interesting subject, and does feel like another place where the versor formalism may offer benefits or new insights as opposed to the matrix formalism. While the subject is quite clear for a number of the classical groups (SU(2), SO(n), SE(n), projective group, …), and has been investigated in a more general sense (see e.g. Lie groups as spin groups by Doran), much work remains still to be done.

Are you interested in persuing the quest for such a new representation yourself ? I’d be happy to discuss, help out, provide other references. (e.g. much work has been done by Hestenes on electromagnetism, Maxwell, etc in his excellent STA).

Welcome to the forum !

hi. i think the answer is yes. the book “geometric algebra for physicists” by Doran and Lasenby have sections on representing stokes vectors, and similar things. i also have a paper on transmission lines/ABCD matrix/scattering matrix conversions i can link if you are interested.

I have observed that rotations only occur in the bottom right 3x3 submatrix of Müller matrices which can be done with quarternions instead. However my main problem when trying to ditch the matrix formalism is applying the effects of vertical and horizontal polarizer Müller matrices since they are not rotation matrices, but anisotropic scaling matrices. One can see the Immersive Math chapter, in demonstration 6.7 to see how the linear polarizer submatrices behave 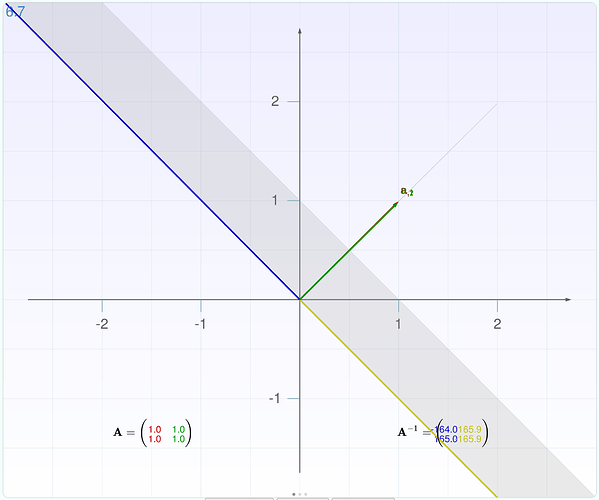 The Fresnel Müller matrix has those Müller submatrices scaled by their corresponding fresnel values (see page 380 (or 15 for the viewer) of this for more details ).

Is there any way to be on par with matrices in arithmetic operations for this kind of scaling in geometric algebra?

i think non-uniform scaling is a shear (or squeeze map). so you can find a rotor representation for this operation, @enki probably knows the best one.

however, straight translation of the existing matrix form into GA might be less than optimal. since matrices are limited to the field of real or complex numbers, they require you break up a problem into components small enough to fit in these structures. this might not be the ‘original’ or natural geometric structure, so to speak. there is a lot of convolution about what the imaginary parts represent.

i have done some work on translating 2-port electrical networks (2x2 complex mat), and the GA spinor model was very helpful to me. from this perspective, you could model all optics matrices as 4-port electrical network (which i have not done). each ports represent a single polarization, either V/H or R/L handed at a given point in space. relations to ‘cascade’ several optics elements together are well-known, but efficient geometric interpretation is non-trivial. i am working on similar subjects currently.

It turns out that the horizontal and vertical Müller submatrices can be represented by
split-complex numbers (also known as hyperbolic numbers) which implies that multiplying with the Müller matrix for fresnel can be expressed as a geometric product in a geometric algebra that behaves like a space time algebra, with the intensity behaving like the time component and the other components behaving like the space components.

i think i understand are saying a little bit. the hyperbolic numbers can be identified as spinors in a minkowski plane, and they are called a boost. in STA there are several minkowski planes. a change in impedance, or refractive index is the same as a boost in STA. anyway glad you found your solution.