Stereographic representation of the 2-sphere

I have been working (occasionally and inconsistently) for the past few months on concretely building all the algebra needed to do 2-dimensional spherical geometry with points represented using stereographic projection onto a plane. 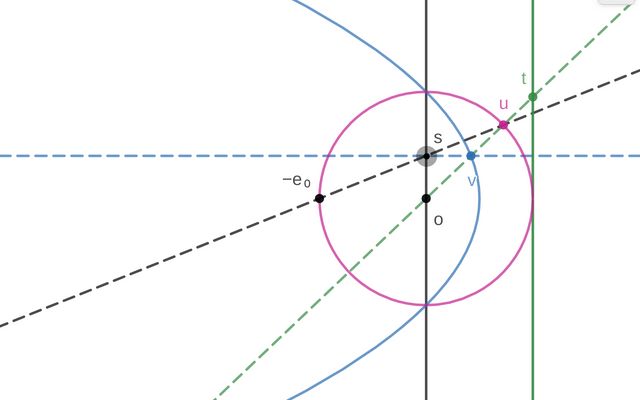 An Observable notebook by Jacob Rus.

There are many more parts to add, and especially many more (interactive) diagrams to include, but perhaps folks here have some advice or ideas even in this draft state.

My goal is to make something at least somewhat useful/accessible to someone without much knowledge of GA, and to pitch ideas toward people who are trying to implement e.g. computational geometry tools on a sphere, say for geography.

Most of the material here has been written down in one form or another over the past centuries, but there are some parts I haven’t seen before, and I find the formulas in my version to be quite pleasant and straightforward to work with.

I’m putting this in the conformal subforum even though I am not using the CGA model per se (partly because my understanding of CGA is a bit spotty, and partly because I think it’s less accessible to a general reader audience) because it is clear there is a close relationship between the sphere represented under stereographic projection and the CGA model of the plane.

Most things in this notebook generalize very straightforwardly to the hyperbolic plane, and can also be a useful start toward understanding the 3-sphere under stereographic projection onto 3-space, e.g. the so-called “modified Rodrigues parameters” of unit quaternions stereographically projected onto 3-space.

I also hope eventually to figure out what the most computationally efficient and easiest-to-implement generalization of these tools should be for working with points on an ellipsoid of revolution.

My hope is to reimplement most types of geodetic / cartographic computations using this representation instead of the usual longitude–latitude representation, because it should be just as efficient for storage/transmission of data while having much nicer (more efficient, easier to code up, easier to reason about) computations.

Anyhow, my question for you all is: do you know of other sources which discuss stereographic representation of points and get into a good number of concrete details?

There’s some nice material in http://geocalc.clas.asu.edu/pdf/CompGeom-ch3.pdf but it is somewhat general/abstract and only covers a few basics.

Does anyone have any other suggestions or advice?

hi, i really like this notebook. i think cga would add a lot of clarity and concision since it universally combines all of the ideas but without need for coordinates, and the ideas generalize to arbitrary geometry and dimension. the dorst book ‘ga for computer science’ is a good resource for cga.

would be a fun to translate.

The current version is already basically coordinate free (coordinates are used in the beginning to introduce notation), but I’m curious to see how stereographic metrical computations generalize to higher dimensions. I haven’t thought too much about it, even in the simplest cases like the area of a triangle or the volume of a tetrahedron in the 3-sphere.

I also still need to work through / write up all of the relations about spherical triangles and small circles on the 2-sphere: finding their incenter, circumcenter, orthocenter; computing intersections; finding the small circle circumscribing 2 or 3 small circles; flipping between different representations of small circles; …