Is this triangular tiling problem decidable?

Hi there! The tiling problem below is relevant to my logic thesis. Do you have any idea on how to tackle it? Or can you refer me to people who might be able to help?

Suppose that G=(V,E) is a finite undirected graph and B\subseteq V.
We say that a triangle tiling \mathcal{T} is (G,B)-colored by a map f:\mathcal{T}\rightarrow V if

We wonder whether the following problem is decidable: given a finite undirected graph G=(V,E) and B\subseteq V, is there a triangle tiling \mathcal{T} that can be (G,B)-colored?

The picture exemplifies this problem with an instance for which the answer is ``yes’'. 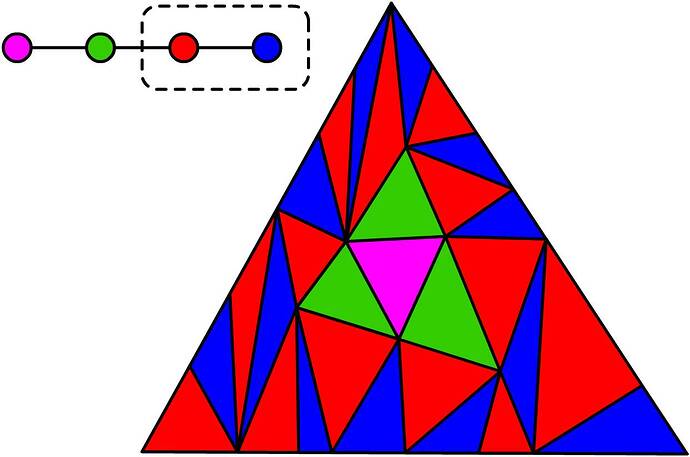